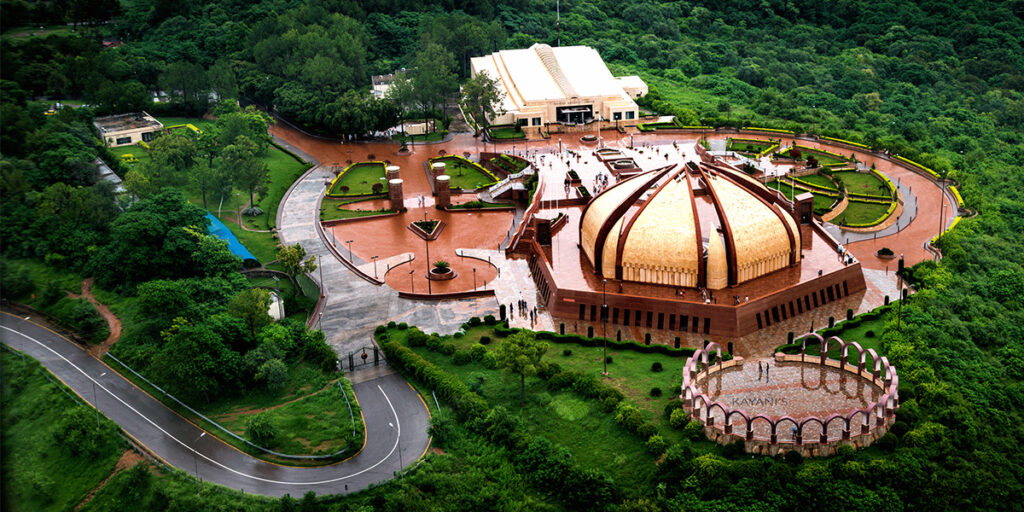 The Islamic Republic is situated between the Karakoram mountain range, the Himalayas and China in the northeast, Afghanistan in the northwest, Iran in the southwest, the Arabian Sea in the south, and India in the east.

Within Pakistan’s landscape, there is the flat fertile Indus plain in the east, nurtured by the Indus, the country’s longest river and a key water resource. Pakistan’s north is mountainous. The nation’s highest mountains are the K2 in the Karakoram Range and the Nanga Parbat, the ‘Naked Mountain,’ in the Himalayas in Gilgit-Baltistan. Pakistan’s largest and least populated province is Balochistan in the southwest; the region includes the Balochistan Plateau and the Sulaiman Mountains.

WHAT IS PAKISTAN FAMOUS FOR?

The country controls the Khyber Pass and the Bolan Pass, traditional invasion routes between Central Asia and the Indian Subcontinent.

When in Pakistan, you should visit Punjab’s capital, the country’s most cosmopolitan city, Lahore. The city features the 17th-century Mughal-era Wazir Khan Mosque, the 16th century Lahore Fort with gardens, and the Minar-e-Pakistan, Pakistan’s national tower.

450km southwest of Lahore, in the Cholistan Desert, is the impressive structure of the 9th Derawar Fort.

Snow-capped mountains, lush forests, and verdant alpine meadows can be found in the Swat Valley in Khyber Pakhtunkhwa and in the scenic Hunza, a mountainous valley in the Gilgit-Baltistan region, bordering the Pamir Mountains and the Chinese province of Xinjiang.
Looking for adventure? There is the Khyber Pass on the border between Pakistan and Afghanistan, formerly part of the Silk Road and now a section on the Asian Highway 1.

100 km east of Karachi is the famous Shah Jahan Mosque in Thatta (near Makli).

OTHER ATTRACTION IN PAKISTAN

The lowering of the flags ceremony at the Attari-Wagah is a famous tourist attraction. Colorful Pakistani truck-art; Jingle trucks, heavy-goods vehicles with bells and whistles.

Trivia: The country was the site of the Bronze Age Indus Valley Civilization, one of the world’s three earliest civilizations (2500–1700 BCE).
Pakistan is the home of the youngest ever winner of the Nobel Peace Prize, Malala Yousafzai.

The 1,300 km (800 mi) long Karakoram Highway is one of the world’s highest paved roads at a maximum elevation of 4,714 m.”Welcome to the Dungeon,” Brain, the first computer virus, was created in Pakistan.

The national sport of Pakistan is Hockey, but Cricket is the most popular sport in the country.